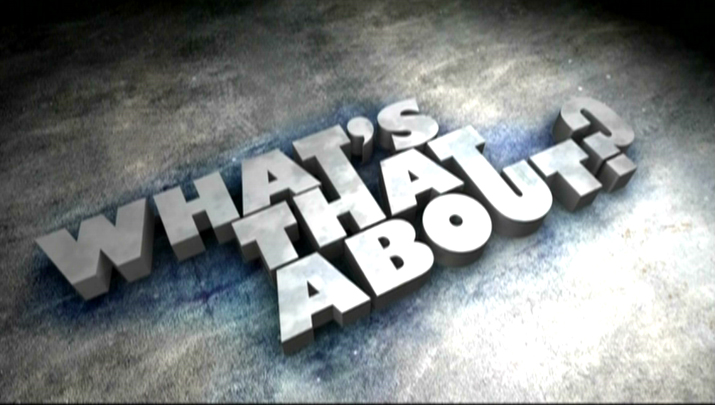 My first TV series scriptwriting job. Pixcom Productions had me doing some preparatory research for the second season of this science documentary show for Discovery Canada, and they liked what I wrote in these 'teaser stories' well enough that they let me write seven episodes!

Working on What's That About? was a little like being tossed into the deep end to learn how to swim. I had to figure out how a six act outline worked, and what 'recaps' and 'transitions' were, and write perfect ones. While every story didn't go perfectly smoothly from script to finished product (that's the nature of television, and documentary: you need to be fast, good humoured, and versatile), my managing producer told me that I had written some of the best shows in the three seasons of the series.

This is a show I worked on with Composer Howard Shore, and Director Pierre Seguin. It was broadcast on TV and issued as a separate DVD packaged along with the deluxe edition of the Extended Version of Return of the King, in 2004.